A new "Italian-Austrian" link for innovation: Friuli Innovazione and JOANNEUM RESEARCH together for the competitiveness of the Region Friuli-Venezia Giulia

During the visit of the Consul General of Austria in Milan, Dr Clemens Mantl – who was accompanied by the Honorary Consul of the Republic of Austria in Friuli Venezia Giulia, Dr Sabrina Strolego - to Udine’s Science and Technology Park,  a significant Collaboration Agreement, between Friuli Innovazione and Graz based JOANNEUM RESEARCH Forschungsgesellschaft mbH was formalised.

The Agreement was formalized by Prof. Wolfgang Pribyl - CEO of JOANNEUM RESEARCH and Dino Feragotto – CEO of Friuli Innovazione in charge during the definition of the partnership.

"The Austrian Centre of Excellence – explains Dino Feragotto – will make available to the regional territory the experiences and skills developed over fifty years of activity. Ultimately the synergistic action with Friuli Innovazione will offer new opportunities for innovation to the territory ".  JOANNEUM RESEARCH is today an international player operating in national and international scientific communities and is an important reference point of academia and production both in Austria and in neighbouring countries.

Friuli Innovazione – with  a network of over 320 public and private companies involved in European partnerships since 2004 –  shares with JOANNEUM RESEARCH a strong international vocation. In fact, the two centres already collaborated under a European project - KETGATE - designed to facilitate transnational cooperation between SMEs and research and technology organisations.

"This strategic partnership with JOANNEUM RESEARCH starts a  mutually beneficial cooperation , "We are already working on identifying common topics for new projects, indeed it's a great opportunity for us to be able to do that " says Daniele Cozzi, Chairman of the Board of Friuli Innovazione -  IoT , Industry 4.0, Digital Transformation, Artificial Intelligence, Autonomous Driving Systems, Digital Health and Environmental, Alpine and Forestry Technologies. , will be a useful element to accelerate the evolution of Friuli Innovazione in National and International Excellence Center, the role assigned by the Region under the plan of reorganization and territorial specialization of the Scientific and Technological Parks ". 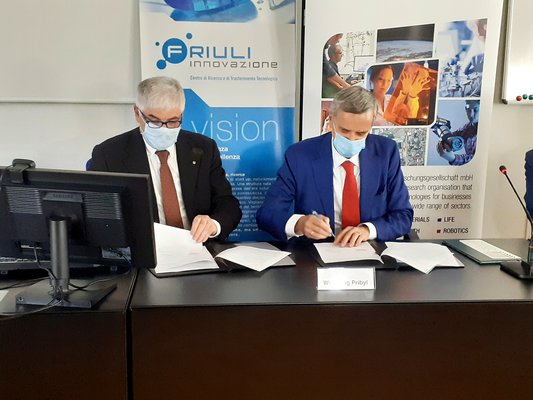 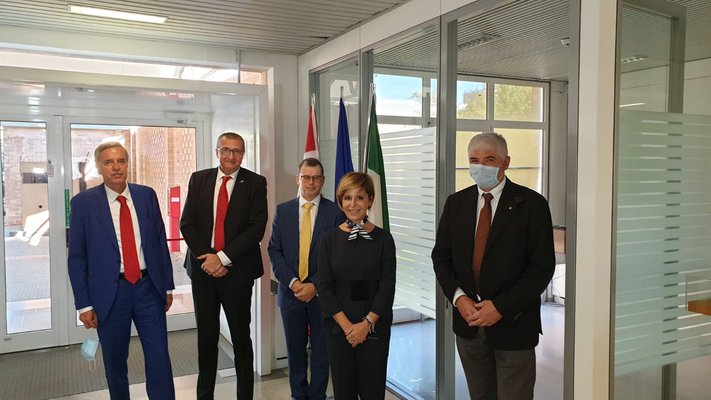 Do you have any question? Write us!