Are you a Business? 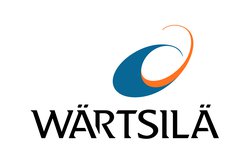 Wärtsilä Italia is part of Wärtsilä Corporation, a Finnish company, leader in complete lifecycle power solutions for the global marine and energy markets.

Wärtsilä Italia is part of Wärtsilä Corporation, a Finnish company, leader in complete lifecycle power solutions for the global marine and energy markets. In 1997, Wärtsilä Corporation became a shareholder of Grandi Motori Trieste (GMT) and in 1999 GMT’s ownership was transferred totally to the Wärtsilä Group. In the year 2000, the company was named Wärtsilä Italia SpA.
Wärtsilä Italia develops, sells, manufactures and provides service solutions for a wide range of medium speed engines with unit outputs from 1.9 MW to 23 MW.
In Trieste, Wärtsilä has made investments in a modern manufacturing concept to deliver high quality solutions, raise efficiency and to increase capacity for engine assembly and testing.
Today the Trieste plant - which boasts a long tradition in engine production started with both 2-stroke and 4-stroke engines (including the largest 4-stroke engine ever produced, the W64) - is a modern multi-product factory, it covers an area of about 300,000 square meters, 100,000 of which are covered, and is one of the largest Wärtsilä Group engine production plants.
The current range of products assembled in Trieste includes four-stroke engine series (Wärtsilä 26, Wärtsilä 38, Wärtsilä 46, 46F, 46 DF, Wärtsilä 50DF and Wärtsilä 50SG) and components for propulsion including Lips Modular Thruster ( LMT), Retractable Thrusters and Controllable Pitch Propeller (CPP). In Trieste there is also the Land Sea Academy, center of excellence for the training of experts in the motor field and the Contract Management Expertise Center, remote operational support to customers with maintenance contracts O. & M. of the SEAF area (Southern Europe and Africa).
The Italian operations of Wärtsilä currently comprise around 1,300 people, of which 1.100 employed in the Trieste and the remaining employees in the Services offices of Genoa, Naples and Taranto. The Genoa Services Unit offers after-sales support to all Wärtsilä products throughout the country.

Do you have any question? Write us!